Last week, members of SIEL had the opportunity to watch Plasticized, a documentary that raised multiple issues with plastic pollution in the ocean. Though we never see the mythical “ocean garbage patch” in the film, members of the 5 Gyres Institute picked up small pieces of plastics in areas hundreds of miles from shore. Because the plastic degrades as it travels, the fact that these environmentalists found any plastic far from shore indicates that the plastic started as a significantly bigger piece when it left shore. If the plastic did not degrade, how much of our ocean would be covered with trash?

The film depicted the ocean cleanup efforts by the members of the 5 Gyre Institute. However, one of the members points out that these cleanup efforts can only alleviate the issue so much. Instead, we need to focus on preventing plastic pollution from entering the water. In addition, because marine species consume the plastics directly by mistaking it as food, or indirectly through dissolved plastics in the water, it may be as important to use biodegradable plastic that breaks down in water rather than in soil.

But what can we do on a daily basis to help? Reducing the amount of plastic used in everyday life is a good start. Bring your own bag to the grocery store. Drink tap water and carry a reusable water bottle instead of drinking out of plastic bottles. These changes may sound trivial; but such effort by many people around the globe can be a huge step towards eliminating the ocean plastic pollution.

As Climate Changes, will we Change our Temperament?


As Climate Changes, will we Change our Temperament?

If youve ever gotten mad at the rain, or felt like screaming as sweat drips down your face in a crowded coffee shop on a sunny day, you are living evidence that emotional turbulence matches periods of environmental turbulence around you. According to an article from TakePart, a study shows that interpersonal conflict and violence rise during periods of environmental unrest. The study suggests that there is a “surprisingly strong link between climate change and conflict on a range of scales -- from violent crime between individuals, to wars, and even the collapse of civilization.”

In the journal Science, UC Berkeley researcher Marshall Burke described a quantitative assessment made of 60 studies that showed a link between climate variables and conflict outcomes. All 27 of the studies that looked at the effect of hotter temperatures found that those temperatures cause more conflict; this research does not mean temperatures are the only cause of conflict, but the research is nonetheless indicative of a strong correlation. The study indicated that increases in temperature from present day until 2050 is likely to cause conflicts between ethnic groups and nations by as much as 56%, and interpersonal violence by as much as 16%.

History evidences that climate has played a huge role in various conflict events. The collapse of the Akkadian Empire, sometime after 2,200 B.C., is considered to have been bolstered by prolonged drought. Domestic violence in Australia is linked to the unusual heat wave of 1992. Even hundreds of years of peasant rebellion from the 1400s to 1900s in China has been tied to the impact of continuous droughts and floods.

Of course, the study received criticism for its findings. One of the main disputes was over the study’s mistreatment of the subject-matter -- climate is not the same as weather. “Whereas weather is “atmospheric conditions over a short period of time, climate is how the atmosphere behaves over long periods of time.” Weather is what you live in, climate is what you predict. Nonetheless, the study’s researcher stated that "the relationship between climate variables and conflict shows up at a variety of time scales, from hourly changes in temperature to century-scale changes in temperature and rainfall."


Economic and humanitarian concerns must seriously be taken into consideration in assessing the link between conflict and climate change. "The costs of inaction are probably higher than we previously thought: "Our results suggest that rates of human conflict could rise relative to a world without climate change," Burke said.
The evidence, even if only suggestive, tells us that it is time to act more diligently to combat climate change.

What do you think about this evidence?

Do you think it is obvious that climate effects our lives?

Do you think our hormones or other physiological attributes change because of the environment and therefore make us more or less temperamental?

Freedom of movement away from bad climates may limit conflict; if you have the means to move away from the rain, then you will be happier doing so. We must also consider those who are financially incapable of moving away from climates that make them unhappy. Will continuing environmental degradation resulting from climate change, as it already impacts impoverished communities (economies, resources, etc.), make those at risk even worse off?

Written for SIEL by:
Joshua Fortenbery, 2016


Recently, several members of SIEL went to see Blackfish, a movie that asks how appropriate it is for highly intelligent cetaceans, such as orcas or dolphins, to be kept in captivity.  Blackfish follows the saga of Tilikum, an orca that was captured in the wild and eventually confined at Sea World. Since his capture, there have been several accidents involving trainers and even a couple deaths. However, the movie is about much more than the dangers of capturing “what you can’t control,” as stated in the film’s trailer. It is rather an inquiry into the morality of confining cetaceans at all, exposing the inhumane treatment the animals suffer when put on exhibition.
Unfortunately, Tilikum’s case is not a unique one, and though healthy young whales are no longer taken from their pods, there are still many controversies surrounding sea park operations.  A current case of great importance to the international legal community (particularly for those interested in the welfare of cetaceans) is that of the orca Morgan, discussed in Cambridge University’s Transnational Environmental Law. Arie Trouwborst, Richard Caddell and Ed Couzens (2013). To Free or Not to Free? State Obligations and the Rescue and Release of Marine Mammals: A Case Study of ‘Morgan the Orca’. Transnational Environmental Law, 2, pp 117-144. 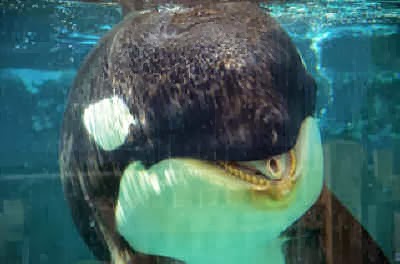 Morgan was discovered off the coast of the Netherlands in June, 2010, in a malnourished and fragile state.  She was rescued and nursed back to health by Dolfinarium Harderwijk, which originally stated an intention to return her to the wild, but has since transferred Morgan to Loro Parque in Spain. Loro Parque is a place very much like Sea World, and since arriving Morgan has been abused and scarred by the other whales.  The original justification for keeping her in captivity was a fear that she would perish if she wasn’t reunited with her pod. However, her pod has since been located with 77 percent certainty and the decision of Dolfinarium (and subsequently the Dutch courts) has been heavily disputed by a group of experts and activists that formed the Free Morgan Foundation. (Id. at 119-120).

The article analyzes the case by applying all relevant international conventions and laws, eventually concluding that the Dutch authorities made a legal error in their decision to allow the whale to remain in captivity.  However, this article is by no means authoritative and the case exposes the ambiguity inherent in many international treaties, as well as the discretion national governments have in applying such conventions.  One example of the problems inherent in international law was the application of the Convention on International Trade in Endangered Species of Wild Fauna and Flora (CITES). This treaty states that “stranded and captured [cetaceans] must, as soon as possible after their rehabilitation… be released in a suitable habitat as close as possible to the place where they were found.” (Id. at 126)  This sounds conclusive, but, as always in the law, there are exceptions.  If it is decided that a release is not possible then the animal may be permanently confined for the purposes of “research.” (Id. at 127).
This exception in CITES allows an enormous amount of flexibility in determining whether or not release is possible, and the case of Morgan seems to indicate that an animal can be kept in captivity even in the face of overwhelming scientific opposition. Furthermore, the court authorized the transfer to Loro Parque for the purposes of research and education, blatantly ignoring the CITES regulation which expressly states that research be the sole reason for continued confinement. (Id. at 128). In short, the Dutch authorities seem to advance the interests of Loro Parque and Dolfinarium Hardewijk above both scientific evidence and international law, as they will benefit economically while performing little, if any, research.  The case has yet to reach a decision on its merits, but until international agreements become more explicit in addressing the capture of cetaceans, we can only speculate as to what the final result of Morgan’s case will be. Fingers crossed.
No comments:
Email ThisBlogThis!Share to TwitterShare to FacebookShare to Pinterest
Labels: Marine
Older Posts Home
Subscribe to: Posts (Atom)